The word ‘archery’ refers to the practice, art, skill, or the sport of shooting arrows with a bow.
The word and in turn the name of the sport, comes from the Latin word ‘arcus,’ which means
‘bow.’ In the olden days, archery was an integral part of hunting and combat activities. However, in today’s world, archery has become a popular recreational activity and a sport that is played competitively around the world. People who practice this sport are generally referred to as archers, bowmen, or even as toxophilites.
Though the exact origins of archery are not known for sure, there is evidence of what may be the earliest use of the bow and arrow in Sibudu Cave in South Africa. Later evidence has also shown the use of a bow in Eurasia. Eventually, as man developed more advanced weapons, the bow and arrow became less and less popular.

However, it was only in the eighteenth century that archery began to witness a revival. Archery is one of the oldest art forms that is still practiced today. Slowly but steadily, archery developed into the sport the world has come to know it as, with the sport gaining prominence in the Olympics as well. As of today, archery is a sport that is growing

rapidly and garnering more and more new takers worldwide, with recreational archers being a significant chunk of the total figure. In Bhutan, archery is the national sport, having been declared the national sport when Bhutan became a member of the United Nations in 1971. As technology also advanced in leaps and bounds, archery made its way into the realm of gaming.

Archery is a popular game that can be played on mobile phones, tablets, and
computers. Numerous platforms offer archery game play online where users can practice their skills with a bow and arrow from the comfort of their homes or wherever they may be.
While it may not seem evident at first glance, archery is a sport that offers a host of advantages to whoever indulges in it. Here are some of how practicing archery can be beneficial:

Good hand-eye coordination is a crucial skill in today’s world, where being able to
respond quickly to external stimuli is necessary daily. It is a skill that is extremely helpful
in various specific situations, such as driving, riding a bicycle, and even cooking. Archery
is a sport founded on shooting an arrow that precisely hits the target, making hand-eye
coordination better with practice.

One of the archery’s most significant yet often overlooked benefits is its ability to
strengthen the muscles. While drawing the bow back before taking a shot, the hands,
shoulders, chest, and arms are in use, and this repetitive movement will help develop
muscles over time. Additionally, the more one practices, the easier it becomes to pull
back the bowstring. Moreover, before shooting the arrow, it will typically be required to
hold the string back for a short period before letting go of the string to take the shot to
get a perfect sight of the target and aim accurately. In other words, the more one
practices, the more muscle that will develop, and the stronger one will get.

An excellent way to get Exercise

Essentially a continuation of the muscle-building advantage mentioned above, practicing
archery is a highly effective method for getting exercise. Archery will help in muscle
development and provide ample opportunities for walking back and forth from the target
to pick up and retrieve the arrows. Archery is, in fact, a physically demanding sport, and
in turn, it helps to deliver a good workout. Professional archers who participate in
competitions often have to walk long distances carrying a lot of equipment. Doing so
invariably leads to burning calories and, in turn, will help one get into better shape.

Provides a Means of Relaxation and Enjoyment

While many people are likely to think of archery as a stressful or tedious sport, it is, in
fact, a very pleasurable sport. Archery is a sport that significantly contributes to relief
from stress. It is also fun to do with other people, especially with friends and family
members.

The more one practices archery, the better one gets at the sport, which positively affects
a person’s mind. As a person’s performance in archery improves, so do their confidence levels. The more time a person spends engaged in a certain activity, the better one gets
over time, and the more confident, they become.

Unlike football, hockey or basketball, archery is not a fast-paced sport but built around
focus, precision, and steadiness. Additionally, it is a sport that is fairly easy to learn but
mastering it takes a lot of time, practice, and dedication. Perfecting techniques also take
time, and this helps to increase a person’s patience levels.

Archery is a sport that fundamentally utilizes large and sharp objects, and when shooting
is involved, safety becomes the number one priority. Practicing archery helps to increase
situational awareness and teaches the practitioner the importance of having a safety
system in place while engaged in the sport. It helps remind people to respect their
equipment and be responsible while handling a bow and arrow. This sense of safety is
also highly beneficial in other aspects of daily life.

As archery involves a tremendous amount of focus and situational awareness to make a
great shot, practicing it regularly helps give the brain a good workout and the rest of the
body. This helps to keep the mind sharp, which is a great way to maintain physical and
mental health, even as a person advances in age.
Even though archery as a sport may not seem as exciting as other fast-paced sports, there is no doubt that more and more people are taking to the sport. As archery continues to grow in popularity worldwide, its benefits will be all the more appreciated. 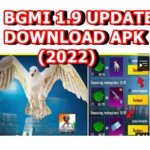